Explore this fascinating castle and its grounds

If you are looking for a great day out and love the outdoors and history then head along to Brodie Castle. Situated 4 and a half miles west of Forres this 16th-century castle has something to offer everyone. With playful gardens for the kids, beautiful gardens for the green-fingered and plenty of history for the history lover, there is much to see and do. The grounds are open all year round and the castle, garden, cafe and playful garden vary depending on the time of year. Keep up to date with opening times on their website.

About Brodie Castle and its history

Built-in 1567 by the Clan Brodie this Z-plan castle was badly destroyed by fire in 1645. Later rebuilt, this castle presents ornate corbelled battlements ad bartizans. Well-preserved it has 5-storey towers on either corner, an impenetrable 16th-century guard chamber, a 17th-century wing and a vast Victorian extension. Additionally, the interior of the castle is also well preserved. With an array of antique furniture, ornate ceilings and oriental artefacts you can see much of its history within.

The land Brodie Castle is built upon was granted to the Brodies by Robert the Bruce back in 1311. It is not known how far back their links lie as much was lost in the fire. However, in 2003 the last remaining Brodie died having lived in the castle until then. Interestingly, nearby there is a mound ‘Macbeth’s Hillock. Supposedly this is where Macbeth met the three witches who foresaw his future as king. Furthermore, you can see a Pictish stone known as ‘Rodney’s Stone’ which stands 6-feet high!

On this 71-hectare estate, Brodie Castle prides itself in its gardens. Here you can explore the beautiful walled garden, enjoy woodland walks and explore nature trails. And in the Spring you can enjoy the display of daffodils. Home to the National Daffodil Collection you can see a magnificent display of over 400 varieties!

But for the kids and big kids alike, the most fun of all is the Playful Garden! Slip down slides, crawl through tunnels, explore fascinating, fun sculptures including a giant rabbit. Here you will meet quirky characters each with a story to tell. And each story connects them to Brodie castle and its past. You will even explore a model replica of the castle! And wet days are no problem because there is indoor soft play too. Furthermore, you and the children can enjoy a woodland adventure playground all of which is free.

How about a nice walk? Well, a Pond Walk sees you cover 1 and a half miles on a surfaced level path enjoying the surrounding scenery. And a Green Walk takes you 20 minutes along a rougher more grassy path, which can be wet in parts. And after all your activity you can stop for refreshments at the onsite cafe. Toilets facilities are available, including baby changing and accessible facilities. And for your four-legged friends, dogs are welcome.

If you want to attend any of the yearly events that are on such as illuminations and seasonal events you can also get involved. Check out the events page to see what is up and coming. And if you want to take a memento home, there is a gift shop on-site too, selling bespoke local gifts and crafts.

Head along today and enjoy the fun!

So head along to this fabulous venue and enjoy a great day out. Brodie Castle and its playpark and gardens have so much to offer. For opening times check out the website to see what is open when you plan to visit as not all sections are open all year round. So come along and visit this wonderful place and have fun!

Explore our gallery below... 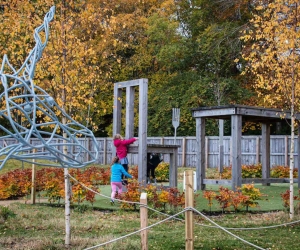 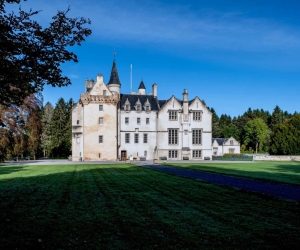 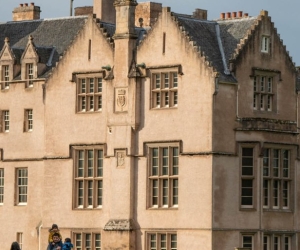 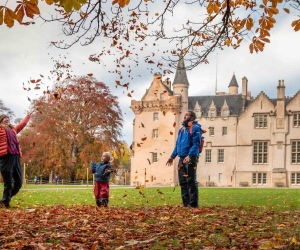 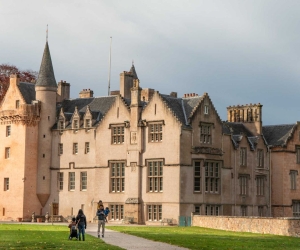 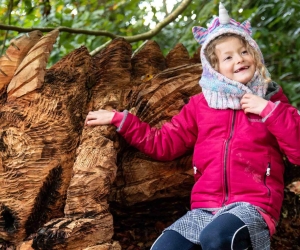